Fifteen thousand years I have slumbered
In my icy casket, a hoary
Princess waiting
Not to be kissed, but punctured
By the pick of a prying scientist.

My blood, dark as a fairy tale
Leached insidiously into the Siberian snow,
And my flesh flared red and fresh
Enough to eat.

My lower limbs devoured
By a lusty pack of ancient wolves;
My torso still fantastically intact.

What a prize: my anti-cryogenic
Strength has preserved the code
To conjure my kind back.

Exhumed from earth’s wet memory
(Who dares re-awaken me?)
Entombed in glass and sold for obscene show –
What they may unleash they do not know.

I have a strange fascination for mammoths. These huge, extinct creatures which emerge, often perfectly preserved, from the ice, appear to me to be like some unconscious, repressed memory of the earth, reluctantly resurfacing. As global warming speeds up the melting of the planet’s ice, more and more of these monstrous snow whites, suspended in their frozen graves, are being discovered. Recently, a sixty year old female mammoth, her body still so fresh that her blood was flowing, was unearthed – leading scientists to believe that they may have found enough viable genetic material to produce a clone… Michele Seminara 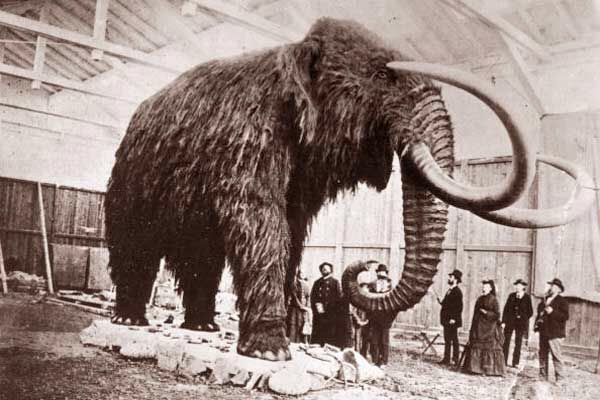