It all started with an anniversary, and a quest to celebrate thirty years of union. Christina, an old friend of mine, started surfing the net for a special dining experience in Barcelona. On her expedition, she came across an underground restaurant, La Contrasenya. She contacted the owner and made a booking, but was told that she requires a password and has to call a local mobile phone number upon arrival. This is how we embarked on the adventure of the mysterious restaurant.

On the night , the taxi dropped the four of us into an empty street with an industrial feel to it. We stood in front of what seemed like an office building, with many large garage doors painted with graffiti. Christina made her call and quoted the secret word, and we waited for around at least five minutes during which my imagination was running wild with scenarios of how we shall enter this hidden restaurant. “The escape fire stairs will be suspended and we have to climb up into the window of the apartment on the right, or perhaps a secret compartment is in the ground, it will open suddenly and we will fall into a room underneath the street”. We were giggling so hard as everyone joined in with their version of how we will be granted entry.

Suddenly a door which was two garages up from where we were standing, opened up. A young petite lady came out and asked us to come in. We walked through a corridor which lead to a large industrial lift. We went up to the sixth floor, and walked past several doors until she stopped in front of one of them. The door opened and we all gasped, the room was covered in paintings with dimmed lights projecting at them. There were two dining tables beautifully set up with green tablecloths and crockery, which contrasted so well with red, the dominant colour in the room. We were dining at an art studio. 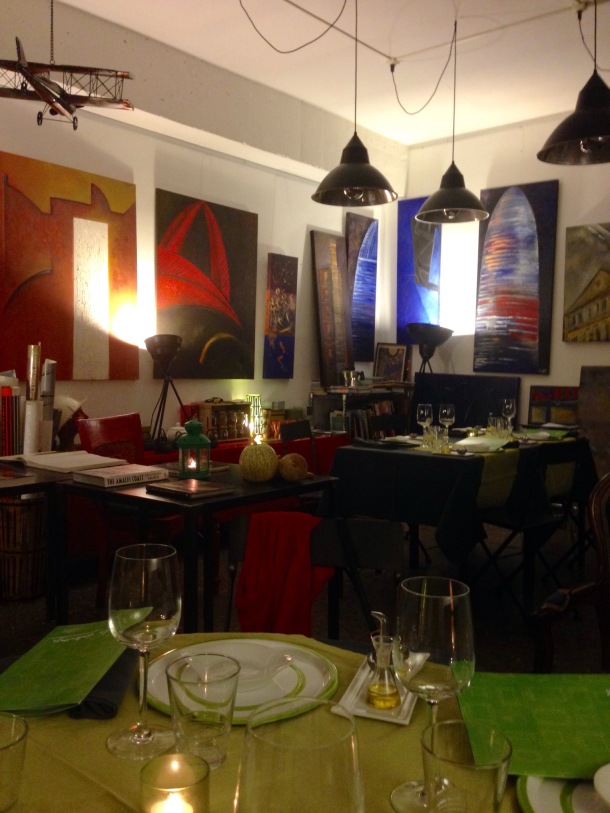 Drawing papers, painting tools, trinkets and various pieces of furniture filled the space with such a welcoming warmth. A small balcony was situated past the open kitchen, a lovely spot to indulge in tea or coffee afterwards. 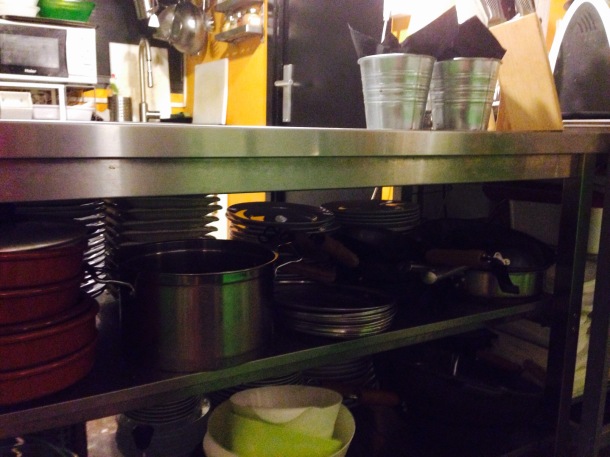 Angela, the owner and cook is a retired journalist and she has been running La Contrasenya for 3 years. She is also a painter and this space is her art studio, which she converts into a mystery restaurant on a few nights of the week. Angela explained that the name means a password in Spanish, and she can only take up to three bookings per evening. The young lady who brought us up was her daughter, who assists in serving the meals.

Angela serves a set menu consisting of five dishes, and tonight’s was Asian influenced, hence the password sushimi, not sashimi inspired by one of the dishes on the menu, Almost Tuna Sashimi. The tuna was superb, fresh with the right balance of flavours. Overall the food was lovely, not too sophisticated but fresh and homely. I really enjoyed the olive oil served with crusty bread and sea salt at the start, the oil comes from an olive grove owned by Angela’s family. The main dish, the yakitori chicken was so tender and the curry flavoured pumpkin soup was nourishing. Angela also offers a small selection of local wines, ours was really nice. She charges 25 euros per person, and her set menu includes coffee and desert. I got to try for the first time one of her home grown herbal teas with a lemony flavour, the herb’s name is Spain is Maria Luisa. 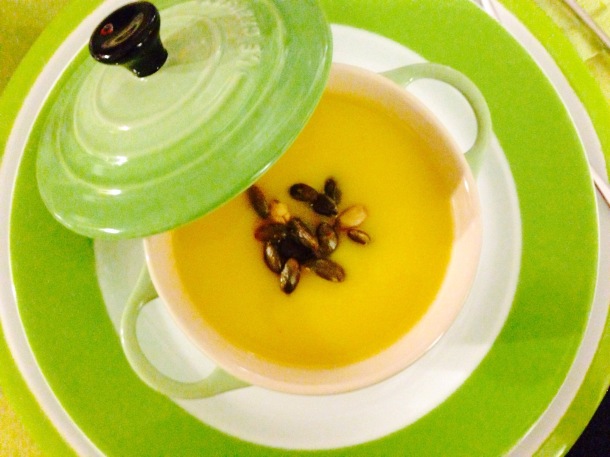 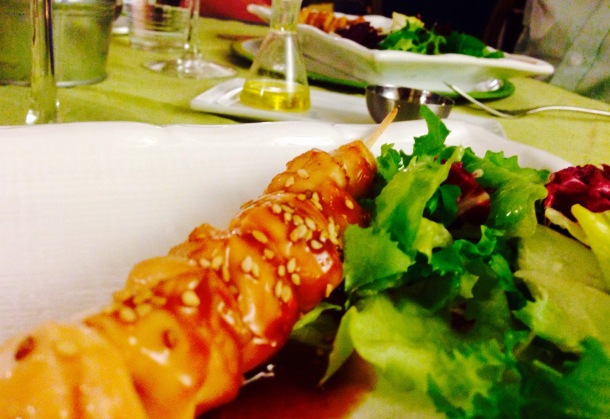 Christina and John were delighted with this experience. It was a 30th anniversary with a twist, celebrated away from home in the heart of Barcelona with two of their oldest friends. 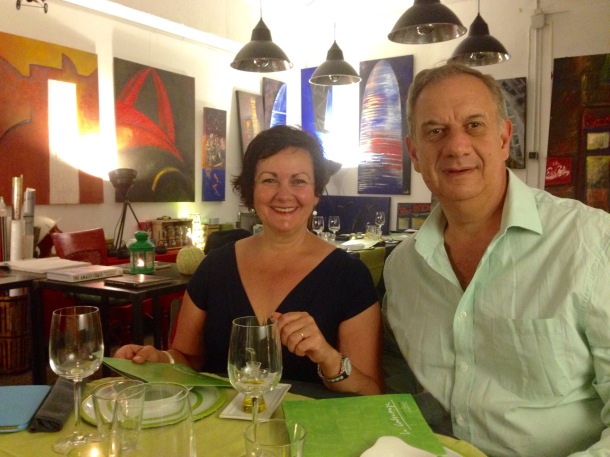 4 thoughts on “A password, a painting and a cook.”